Making Sure Your Gun “Safe” Really Is

We have written before about our favorite gun safe, which is so secure we’ll call it a “vault”. Those are made by VaultProUSA out in California (they’ve considered moving to Texas but it’s a huge endeavor).

Champion Safe Co is owned by the same person who started Liberty Safes and later sold that company. I’m guessing he learned something at Liberty and wanted to start fresh doing better.

In fact, Champion’s slogan is “Built up to a standard, Not down to a price.” When you start really comparing safes – you’ll understand exactly what that means.

Manufactured in Utah, there are many similarities between VaultProUSA and Champion. Both use 100% US Steel, not Chinese crap; that’s step #1 to a quality gun safe.

Second is that you can not only EASILY FIND OUT how thick the steel is in each safe model, you can specify how thick you want the steel to be. One difference is that VaultProUSA will add extra layers, including AR500 steel and stainless steel.

After that you are likely concerned with fire rating, since there is statistically a higher chance your safe will have to endure a fire than it will thieves.

Next, understand that a “thick” door does not mean a secure safe. There is a lot to discuss there but for the moment at least consider that it doesn’t make much sense to have a door that Superman couldn’t pull off if the rest of the “safe” is measly 12 ga steel that can easily be cut or otherwise compromised.

Note: 12 ga is all that’s required to officially be referred to as a “safe”. Check out the graph below:

Champion Safe offers a safe model for every shell (all steel walls other than the door) thickness of steel from 12 gauge (Model T Series) to 3/16 (Crown Series).

Here is another visual way to see the difference:

Notice the difference between the 12 gauge gun “cabinets” that are sold as safes at the big box stores – all with fancy paint and trusted names scrolled on the door – and the Triumph Series that was on sale last weekend with 10 gauge steel wall shell.

Now compare that to the 1/4″ of the Eagle Series from VaultProUSA.

Hopefully you now understand the “can opener” reference in the title above. Check out YouTube for videos of people opening up safes with a simple grinder.

Note: We are not condemning anyone who owns a lesser gun “cabinet”. A cabinet is going to keep firearms out of the reach of those who shouldn’t have them in your household and deter at least some thieves.

A gun “cabinet” bolted down can be a better protection than a safe that is not, depending. If the whole package is light enough and not bolted down, 4 guys will just pick it up and carry it out the door so they can work on opening it at their leisure and with the benefit of the best tools back at their shop. 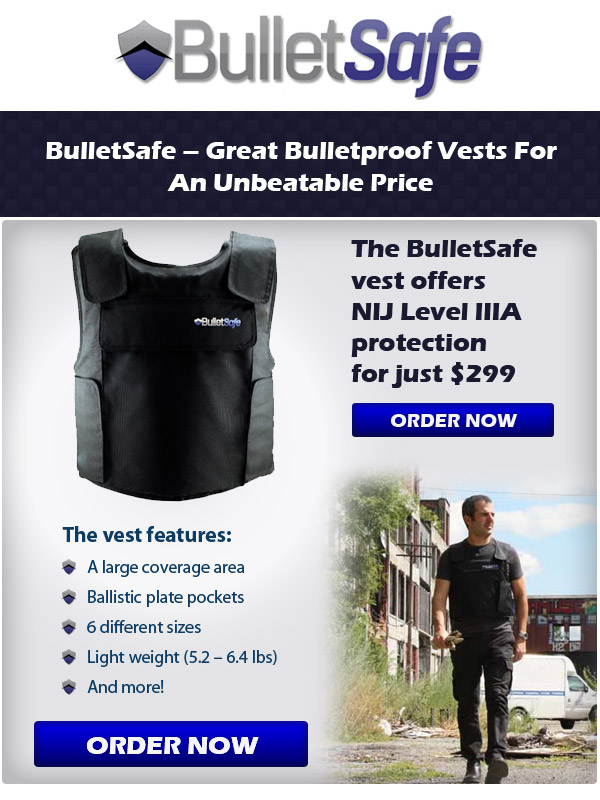 Both VaultProUSA and Champion use multiple layers of 5/8″ Type X “sheetrock” to achieve some pretty impressive fire protection values in both temperature and time in the fire.

If you live in an area where a wildfire is a possibility (parts of California and Texas for sure) then this is an attribute you should pay careful attention to.

Personally I am not impressed with how thick the door is overall; VaultProUSA advertises 5-1/2 inches, Champion 5″.

As you can see, most of it is air to make room for the lock and mechanism…

The outside steel is always thicker than the shell. On the Triumph Series shown above with a 10 gauge shell the outer steel of the door is 3/16″ with an inner sheet of 12 gauge. Some safe doors will have a special hardened plate – maybe even 1/2″ thick – protecting lock drill points.

These doors also have “relockers” to protect against drilling and vary by safe brand and model.

Notice, though, that while everyone talks about the diameter of the door bolts (1.5″ in this model), few mention the length. Length of the bolt and what’s securing it when you try to pry the door open. VaultProUSA uses 4″ long bolts but as you can see this Champion is around 2″ long.

See the pics below from safes that were intentionally pulled open in a comparison between Champion and its competitors.

One thing that makes me laugh every time is looking at those “cabinets” at the big box stores and being able to put my little finger in the door gap… or a big-ass pry bar.

VaultProUSA prides themselves on something like a dime thickness gap all around the door. Good luck getting a big enough pry bar in that to get anywhere.

Yes, that’s one reason they cost so much. Not just all that U.S. made steel but the precision of the build. Again, check out YouTube for gun safes laid on the floor and pried open in no time.

The gap on Champion safes isn’t as tight as VaultProUSA vaults, but it’s not as huge as the cabinets at the big box stores.

The owner of Champion Safe Co likes to put his safes to the test. What he does is bolt one of his back to back with a competitor’s safe, install bolts on the doors to attach chains to a tractor and pulls – measuring the force applied – until a door gives way.

In all of his tests, it’s the competitor’s safe the fails; including the Liberty he used to be the company owner of.

You can watch the videos on their YouTube Channel here.

No, he doesn’t go up against VaultProUSA but you’ll recognize the names: Winchester, Cannon, Stack-on, Browning, Liberty.

Here in the Boerne store he has two “losers”, this one a Stack-On:

So it’s your choice.

Buy an affordable gun “cabinet” that is sold to you as a “safe”, or step up to a Champion. If you really have the funds, you’ll find no better in our book than a VaultProUSA.

Whatever you do, bolt it down. But be cautious should you have a POST-TENSIONED slab like so many here in Texas. We discuss that in the article mentioned at the top – link here