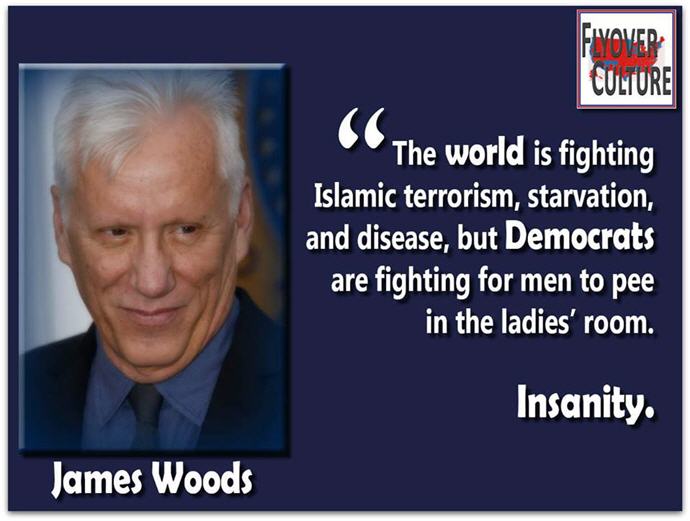 Smart people say facebook is a waste of time, and mostly they are correct. Yet it does serve as an ALARM BELL to those of us with sanity that we are at risk of losing the liberties we cherish…

My recent trip to “another planet” was evidence that what I’m seeing online is actually happening in the real world.

I love airplanes. I was fortunate enough to fly some really nice general aviation aircraft many years ago and enjoy the miracle of flight.

There was one day in particular I remember flying across Illinois in a twin engine Beechcraft Baron at 11,000 feet, about 180 miles per hour, looking down through the clouds to the ground below and thinking this:

None of my four grandparents ever even flew in an airplane, and here I am piloting an aircraft that cost many times the cost (in real dollars!) of the best home they ever lived in…

Yet, every time I opened my AOPA magazine (Aircraft Owners & Pilots Assoc), or received a “legislative alert” email from them I was reminded that everything I seem to love to do is always under attack by the LIBTURD’s who somehow get elected to public office.

Whether it was a self-serving Mayor Daley (Chicago didn’t get its fill of his old man, had to elect the son too) illegally bulldozing Meig’s field in the middle of the night or other politicians trying to tax general aviation out of business it was always something.

Back on the ground I was paying Gun Owners of America and the NRA to protect my rights to keep my guns (during a time of the ridiculous Brady Ban).

On a side note, I try not to use the term “libtard” because I think it can be offensive to those with loved ones who are mentally challenged through no fault of their own.

And I have been chastised for using “LIBTURD” as “name calling”…

Well, maybe it is in a way, though it’s really just an acronym to describe the people who I think are a serious problem in the world we live in and a threat to what we hold dear: 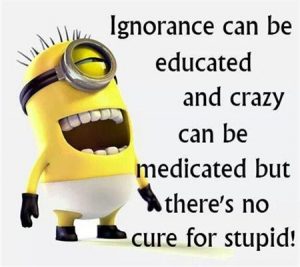 As the saying goes:

Ignorance we can educate, crazy can be medicated but there’s no cure for stupid!

Doug Casey speaks of the time, back when I was a kid, that he would walk onto an airplane with his rifle in a case and throw it into the overhead bin.

Today, we are faced with a such security circus at our airports – that let about 90% of guns through anyway – that many choose not to even use the airlines unless absolutely necessary.

TSA’s response is “elevated threat levels”. Hmm, then why not model the world’s best airport security, Israel, instead of creating a bloated, non-functional bureaucracy whose only goal seems to be to employ a boatload of public “servants” and high wages and benefits that the rest of us have to pay for?

Yet the powers-that-be want all the excuses they can get to mold the populace into obedient, unarmed serfs reliant on someone else to protect them from all the boogey men in the world. And the LIBTURD’s line up to repeat the mantras to keep scaring people into accepting it.

So I Chose To Drive To Another Planet…

I wanted to attend a conference on health supplements, something I have quite a passion for (and yet another passion that is continually under attack by politicians in the pocket of big Pharma), located in Boulder, Colorado.

Now, Colorado is a beautiful state with some wonderful people. Boulder, though, is like another planet…

I don’t mind folks riding bicycles all over – if they have the money and free time to do that, haven’t yet worn out their knees working for a living, more power to them…

As a visitor I realize it’s my problem if I’m less than enthused about the “dispensaries” for recreational pot smoking (yes, cannabis DOES have some amazing potential for health & healing, but it’s NOT the same component that gets you high)…

But you can leave me the hell alone about my choice to drive something other than a Prius at 80 miles per hour across the heartland, eating ham sandwiches, BEEF burgers & fries to get there!

And oh, by the way, packing a .45 while I do it since there is NO TSA checkpoint to pass through in my garage to get into my car.

That’s the nice thing about AVOIDING the AIRLINES:

But The TIME, You Say!

Since they no longer have the direct flight I used to take (it was always full, so no, not lack of interest), a 2-leg flight is required, with a layover long enough to ensure you don’t miss your connection when your first flight is seriously delayed (happened 2 of the last 4 times I flew)…

And with the added time of TSA to get on the plane and again, plenty of cushion to allow for long lines…

Total time for flying would be about 10 hours.

Driving took 13, including pit stops; and at no time was I jammed in a tiny seat between two large people who had not bathed recently and brought burrito’s onto the plane.

So I drove across the “flyover states” and enjoyed a lot more LIBERTY in doing so!

P.S. If you enjoy firearms, liberty and hanging around like-minded folks I encourage you to take a look at our VIP Club. Check it out here