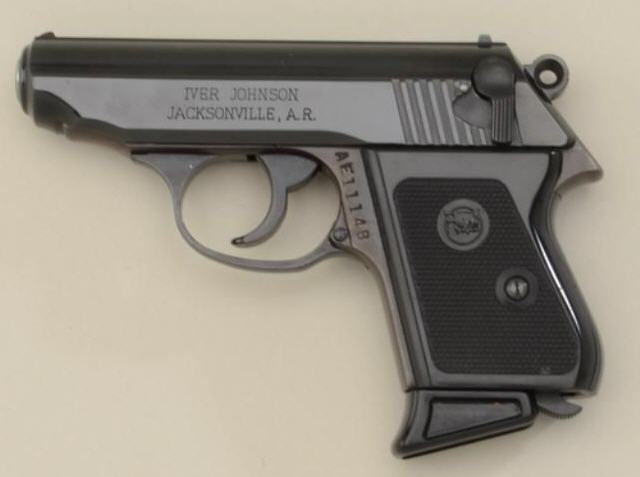 There has been a meme circulating on Facebook asking what’s the “worst gun you have ever owned?” Well, for me there really has not been a standout disaster, thankfully.

I have some stories from various weapons, some with resolved issues, some not. One gun, an S&W revolver, I sold out of ignorance way back in the day because I didn’t realize how easy it was to ship it back to Smith & Wesson for repair – possibly under warranty.

At that point in my life it would have sat in cold storage never to see the light of day for quite a while anyway.

The gun pictured above, what I believe to be an early version of the Iver Johnson TP22 double action .22LR pistol is one such gun that I had a problem with and no longer have.

What I Liked About The TP22

When I first got the TP22 I thought it was a really cool imitation Walther that I think sold for around $99 (early 1980’s dollar!). A buddy and I both got one.

This is the gun by which I found out that ankle holsters work a lot better in the movies than they do in real life!

The gun was small, probably held 8+1 of .22LR if memory serves, with the option of the first shot being double action. The DA shot had a pretty tough trigger pull but after that you could snap off the rest of the mag very quickly and right on target.

It was a fun little gun to shoot, small, not that heavy and easy to control.

What I Did NOT Like and Why I Sold It

The problem I encountered, and this might be related to my Iver Johnson TP22 being an “early” version, was that after a couple hundred rounds – by far the most of it in single action mode – the double action trigger failed to cycle the hammer!

What happened was the connecting rod inside was not strong enough and would flex and disconnect, failing to draw the hammer back for that first shot.

Iver Johnson was good about getting it repaired, and, this was back when shipping firearms was no big deal and not that costly.

When I got it back, though, my confidence in the gun was lost. I figured it would likely be a short time and it would happen again. We didn’t have the internet back then to connect up with gunsmiths, other owners and even the manufacturers to find out what was really going on.

The company unfortunately did not explain that they did anything different to keep it from happening again and so, since it was sort of popular at the time, I sold it to someone who was excited to get it. Full disclosure being made as to what had been the history of the gun.

Understand that this was NOT a Walther (though I’ve got a story with one of those too…) and was rather inexpensive. The company was good about warranty service.

Yet, I really have no interest in a gun I cannot trust or have every reason to believe it will go bang when I press the trigger.

Iver Johnson is NOT known to be the highest quality and I have another story about one of their carbines.

That said, I’ll give every company a fair shake and evaluate based price, performance and overall value.

And – seeing the picture of it after all these years of not thinking about it – made me kind of miss it.