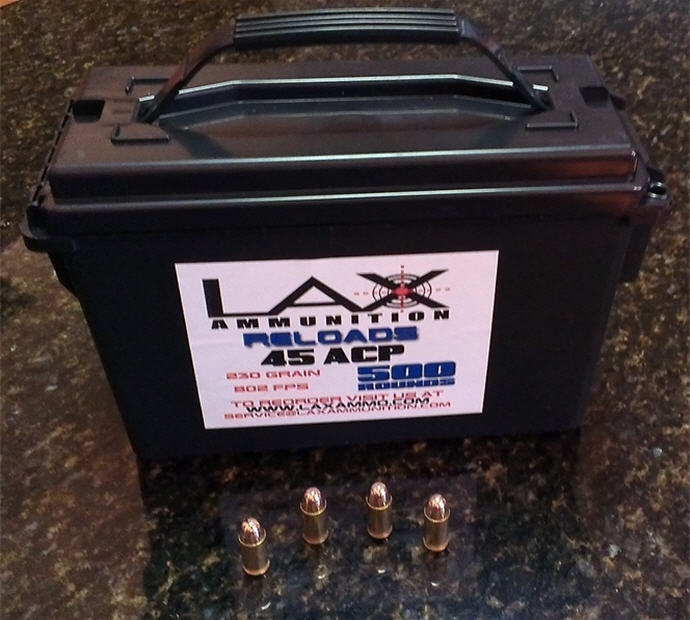 Yes I buy cheap ammo, but when I say that I cringe a little bit because what I really mean is I buy inexpensive ammo. Or maybe I should say I keep my eye open for the best prices on great ammo and stay away from low quality ammo.

I’m not 100 percent sure there is really any “junk” ammo being sold in the U.S. today, as in something that won’t fire reliably or would be dangerous in any way.

I did, however, recently discover a 9mm Aguila round that would not chamber in a Glock 17 because the case lip was flared outward slightly. That’s one reason I advocate buying premium ammunition for carrying a gun.

Do Not Buy Cheap Ammo Indiscriminately

There are two characteristics of “cheap ammunition” (commonly sold) besides the low price:

A third characteristic that I frankly have not seen in a long time is “berdan” primed ammo (you want “boxer” primed). This was typically military surplus from other parts of the world despite the system being invented by an American. It is not re-loadable, which was a big deal back in the day. These days, it can be a chore to sell your once-used brass for anything other than scrap.

A fourth characteristic that often went along with berdan primed ammo was “corrosive”. The wrong gun powders produce a corrosive element that will trash your weapons if you don’t clean them soon and well after shooting. Again, I have not seen this in some time.

In cheap ammo these days, dirty is in the eye of the beholder and non-brass or steel cases might be an advantage for someone who doesn’t want to feel guilty about not saving brass.

Personally, cheap ammo with brass cases like Armscor is less desirable than steel case ammo with clean powder like CCI Blazer. (Get CCI Blazer Brass for a little extra cash if you like the brand but prefer brass.)

My goal is to buy quality ammo at “cheap” prices.

The ammo pictured above is from LAX Ammo when they recently had a “free shipping special”. That was awesome; I only wish I had more money to allocate to buying ammo at the time.

Since ammo prices have been trending downward I have been less keen to take advantage of garden variety ammo sales; but as shipping prices have been on a non-stop UPward trajectory (pardon the pun) a free shipping sale is highly desirable.

As a personal preference, I have no desire for “dirty” ammo, especially for my stainless revolver. It just adds more work to get the firearm cleaned up. My time is worth money too! Steel cases are fine, I just throw them in the trash with no “caliber sorting” necessary.

LAX Ammo gets great reviews for both their manufactured ammo and the reloads; often both come with a “free” plastic ammo can as you can see above. Yes, it even has a rubber seal.

When the manufactured ammo is only a couple bucks more (in lots of 250 – 1000 rounds) I’ll go for the new ammo every time. In the case of the .45 ACP reloaded ammo pictured above there was a significant price advantage to the reloads.

I set a few outside the can so you can see how nice and shiny they are.

Should You Shoot Reloads?

Some gun manufacturers say shooting reloaded ammo will void your warranty. Pause. I won’t tell if you don’t…

There are risks with any ammo, just because it’s new does not mean it’s better than a reload. Theoretically there is less chance of the brass failing but I think with once-fired brass reloads that risk is minimal.

Other gun makers have a greater warning against using non-jacketed lead bullets in their weapons; as you can see, these reloads use jacketed bullets.

Personally I would rather a reload from a trusted brand than a new round from a sketchy manufacturer whether it be foreign or domestic. Shooters love LAX Ammo. LAX even puts the bullet grains and velocity right on the ammo can.

Bottom Line About This Cheap Ammo

I’m thrilled I was able to buy these reloads at the price I did, with the quality I get and have the added benefits of a free ammo can and saving a ton of money on shipping. .45 ACP is particularly expensive to ship; it’s that 230 grain bullet…

So when a rare special promotion gives you the chance to transform good quality ammo into a chance to buy “cheap ammo”; my advice is back up the truck to the extent your wallet (and your spouse) allows  🙂

Learn the fundamentals of pistol shooting and rip the bulls-eye out on a consistent basis.